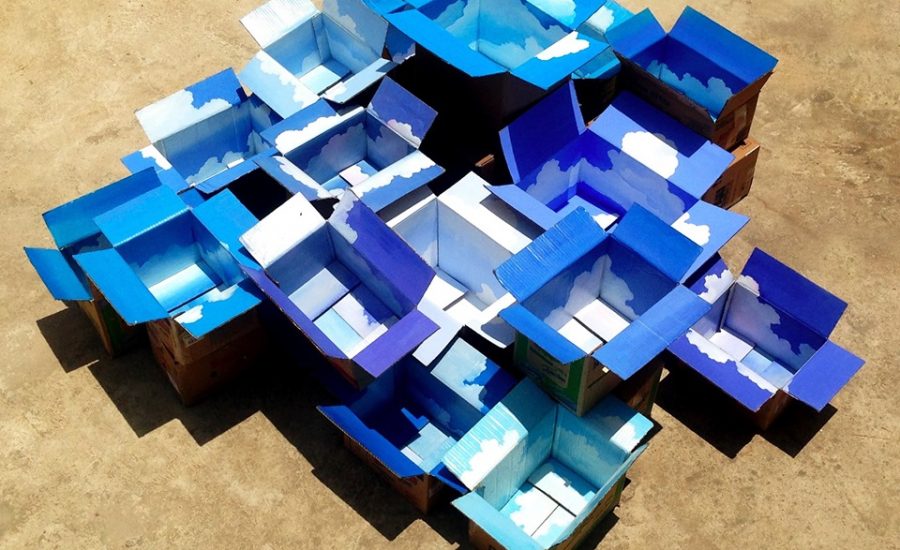 ¡n[s]ûrgenc!as (Berlin-based platform for socially engaged artistic practices & activistic positions from Latin America) invites you to an event we are collaborating with as communication partners:

Artist talk
Chat and Food with Edgar Calel and Sebastián Eduardo (Guatemala)
On Sunday the 8th of September at 7pm in
Uqbar
Schwedenstrasse 16, 13357 Berlin-Wedding
Join the facebook event here

The event is part of the project “This might be a place for humming birds”, curated by Cagla Ilk and Antje Weitzel, which opens on November 15, 2019 at Galerie im Körnerpark, Berlin-Neukölln. The feminist and decolonial inspired project brings together contemporary art and cultural productions originated in Guatemala and located there. The idea for the project arose from a three-week research by the curators in spring 2019 in Guatemala.

“Showing the air that contains those moving objects that are transported from a warehouse to the communities, invites me to paint the skies of my town inside the cardboard boxes, allowing me to pack and displace the windy landscape that I live and breathe.”

What forms takes the migration of subjects and bodies anchored in a space and time crossed by colonialism, war, genocide and failed democracy, but who nevertheless cultivate and practice their own, ancestral, cultural and political cosmo-visions? Where exactly can we meet, “we” who in various ways inhabit a common network of (neo-)colonial relations consolidated over the past 527 years? Can we get rid of the gesture of discovering and therefore conquering and appropriating subjects and bodies migrated from „the other side of the sea“? And what changes if also we live as migrants? Can we coincide in a center of the Global North in other ways than those imposed by the idea of ​​the metropolis, that is, of the universal or world-city?

Artistic residences can be considered as temporary migrations, not only of the artist, subject, body, but also of her*his practice, concerns, means and materials of production that change according to the context. The artist Edgar Calel, currently Artist in Residency at the Rua du Sol, Porto, Portugal, will talk at uqbar with Sebastián Eduardo about his work. The two will also share food that they have found in local migrant markets and shops and discuss about the question of how the migration of recipes from Comalapa tastes.

Edgar Calel was born in 1987 in San Juan Comalapa, Guatemala, where he lives and works. His main interest lies in the translation of cultural and political practices of Maya-Kaqchiquel into other contemporary languages. The artist is currently Artist in Residency at Rua du Sol, Porto, Portugal.

Sebastián Eduardo [Dávila] was born in 1993 in Guatemala City and studied art history and film studies in Jena (B.A.), Mexico City and Berlin (M.A.). He is a doctoral candidate in art history at the Leuphana University in Lüneburg, Germany, preliminary topic: “The decolonial turn in practices and terminology in postwar Guatemala. Art history as delinking practice.”

Sebastián Eduardo [Dávila] is a collaborator of insurgencias.net since 2018
Read previous contributions of Eduardo to the network in 2019 and 2018